But would my son know that Daddy is deploying?

Would he be angry, sad, nervous?

I certainly didn’t know the answer. So like any military spouse and mom would do, I googled.

Advice range from broad blanket statements like “Keep communication open” and “Your child may go through some behavioral changes” to blunt matter-of-fact advice like “Your child is too young to understand deployment. Move on.” Some say to use placate them with “nice” statements like “your dad is off saving the world” or “he is always with us in heart”.

Ok… but what exactly do I say to a toddler to make deployment easier on him (and me)? I don’t want to lie to him. I want him to know that things are going to be tough for a while but we were going to get through it. I wanted him to know that it’s ok to be sad or angry for a little bit, but that we have to keep moving on.

Explaining a military deployment to a kid is like walking on a minefield. You want to get the point across but you can’t say certain things without triggering a disaster.

Kid: When will he be back?
Mom: He’ll be back in a while, maybe before your birthday
Kid: Ok
(Good.)

Kids today are smart. They pick up on environment changes whether you realize it or not. Military kids are incredibly resilient but they still need help dealing with the strong emotions felt with a deployed parent. With different age groups, comes different strategies. So my strategy for a toddler was to state the facts, and perhaps add in a little sugarcoating to make him feel better (or maybe it was to make myself feel better).

So on a sunny afternoon and him in a decent mood, I sat him down in the living room away from toys or any other distraction. I put him on my lap, held his hand, and calmly stated, “Daddy is going bye-bye for a while.”

(pause) “He is going to help the good guys because that’s his job. Daddy will call on the phone sometimes but he won’t be home for a long time.”

(another pause) I waited for my son to reply, to have any sort of response. Nothing. Just silence. The look on his face tells me he’s still processing what I just said. I didn’t want to lose him so I kept going.

“Daddy will do his very best to get back here safe and sound. Meanwhile, I want you to know that mommy and daddy love you very much. If you feel sad or mad, you tell mommy, and we’ll work together to make you feel happy again. Daddy is just going bye-bye for a little while and we will see him later.”

And then finally, he turns his big brown eyes to me, tilted his head and asked, “Daddy go bye-bye? See him later?”

And with a tone of acceptance and a little bit of sadness… “Oh… ok”. And off he went to his room.

He took that better than I thought.

The following nights after my husband left, we kept to the same routine. My son did cry out for daddy sometimes. Some nights were rougher for me than him. Some nights, my son and I just gave each other a hug and cuddled to sleep.

We kept photos of Daddy all around the house. Halfway through the deployment, he said this to me.

Military spouses who are parents can find themselves in a similar situation. It’s easy to feel lost or like you have no support. That’s why my friends, Lauren, Jo, and I wrote a guide to help out fellow military spouses. We’ve been there, and we want to make things easier for you.

Read more on:
The 7 Stages of Deployment Anger (and How to Manage Them)

10 Things I Said I Would Never Do During Deployment

10 Ways Military Spouses Can Face the Holidays Alone During Deployment 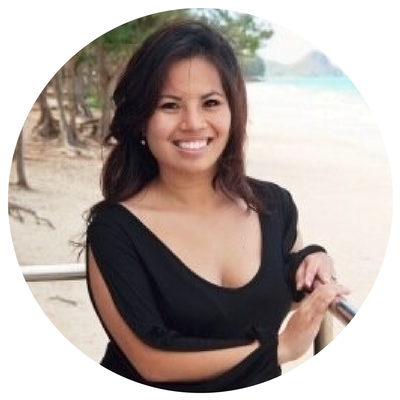